A Peek into Victorian Life 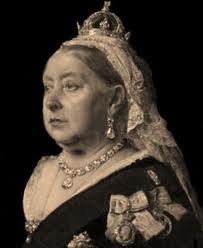 Here in Canada, it's the first long weekend of summer. Celebrated on the closest Monday to May 24th, this holiday is named for Queen Victoria, who was the monarch when Canada became a nation rather than a colony back in 1867.

Traditionally, Victoria Day weekend is the time when Canadians plant out their gardens and head out for the first weekend of camping. I'm not traditional.

Here are a few pieces of trivia about Victorian life. Enjoy.

When a woman entered a room, it was considered rude for a man to offer his seat to her because the cushion might still be warm.

A glance into a bedroom was considered improper if viewed by a visitor, so bedrooms were located on the second floor.
A lot of men used macassar oil to slick back their hair. Crocheted doilies, called antimacassars, were put over the backs of chairs to keep this grease from staining the furniture.
Families were very important to Victorians. They were usually large, in 1870 the average family had five or six children. Most upper and middle class families lived in big, comfortable houses. Each member of the family had its own place and children were taught to "know their place".
Queen Victoria's white wedding dress is the beginning of the tradition that is still followed.

The Victorian era was a period of extravagant entertaining for the upper middle and high classes. Victorian meals consisted of as many as nine courses, although many dishes were light and petite-sized. Fine ingredients, such as exotic spices imported from distant countries, were used in lavishly prepared meals. Detailed measurements and instructions were written down for the first time during this era. New kitchen gadgets such as the can-opener and Ball-Mason jars were introducted. In addition, Victorians began adopting a host of manners and customs surrounding mealtime, in accordance with Beeton's maxim: "A place for everything and everything in its place."

The institution of afternoon tea became highly popular during the Victorian era. Afternoon tea was invented by Anna Duchess of Bedford (1783-1857), one of Queen Victoria's ladies-in-waiting. During this time, the noble classes ate large breakfasts, small lunches and late suppers. Every afternoon, Anna reportedly experienced what she referred to as a "sinking feeling," so she requested that her servants bring her tea and petite-sized cakes to her boudoir. Many followed the Duchess' lead, and thus the ritual of afternoon tea began. Fine hotels began to offer tea rooms, while tea shops opened for the general public. Tea dances also became popular social events at which Victorian ladies met potential husbands.

Posted by Elspeth Futcher at 6:00 AM