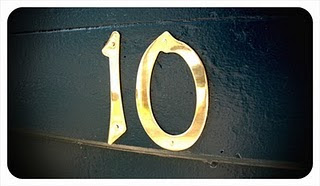 Scenus Repeatus: This animal is known for his excellent camouflage abilities.
Plotus Circulus: Often disguised with whimsey and wit, this creature can trick the writer into believing the plot is moving forward when in reality it's moving in a gigantic circle.
Backstory Dumpus: Although usually inhabiting the beginning of a manuscript, this rouge can also make his home anywhere the plot is lacking in forward motion.
Character Quirkus: A useful animal, although they can tend to overbreed. Control your population.
Namus Familiarus: The writer will know this pest has invaded their manuscript when they discover several characters named with similar-sounding names, or names beginning with the same letter.
Verbus Repeatus: A relation of Scenus Repeatus, this creature forces characters to give the same reactions to situations. A sign of their presence may be many characters smiling, shrugging or opening their eyes widely.
Endus Ubruptus: This trickster burrows into manuscripts of writers eager to wrap up plots using as few words as possible.
Coincidenceus Multiplus: Most often found in the last one third of manuscripts, the presence of this creature can destroy the reality of the manuscript. A close relation to Endus Ubruptus.
Scenus Nonpurposeus: A warm, purring personality; this animal is familiar to many writers who focus more on word counts and less on plot or character development.
Character Perfectus: This preening egomaniac tends to curl around the neck of a protagonist (especially in mysteries). It can be avoided by adding flaws or wrong decisions.
Posted by Elspeth Futcher at 9:06 AM