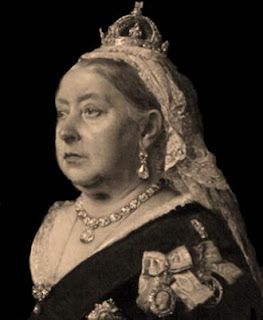 Charles and Feodora were Victoria's mother's, Princess Victoire of Saxe-Coburg's, children from her first marriage to Prince Emich Charles of Leiningen.

Princess Victoire did not like any of Queen Victoria's uncles and preferred to keep Victoria away from them. Victoria spoke German until she was three years old when her uncle the future King Leopold of Belgium told Princess Victoire that if Victoria was to become England's Queen she would need to speak English and be English. He said that Victoria could not show any signs of being anything but English, or the English people would not accept her.

4. Her mother feared that Victoria's uncles would try to kill her in order to become king

Victoria's first prime minister was Lord Melbourne. They became close friends and he helped her learn her role as queen. Because of her loyalty to Melbourne, the queen supported his party, the Whigs, early in her reign. Later her husband, Prince Albert, persuaded her that the monarch should not favor any particular party.

Queen Victoria left elaborate instructions for her funeral. Among these were that her own sons would lift her into her coffin. This was done when she died.

Victoria mourned for Albert the rest of her life. She wore black every day and had his rooms kept exactly as they would have been if he had still been alive. Victoria even had hot water brought to his dressing room each morning for shaving.

8. The Grandmother of Europe

Because it was Victoria's children that linked almost all of Europes royal families together, Victoria became known as the Grandmother of Europe.

Posted by Elspeth Futcher at 11:25 AM