This is the blond royal prince everyone is talking about today... 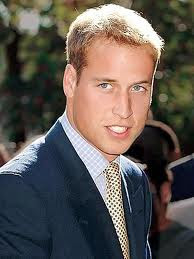 But the 1930s had a blond royal prince who was just as popular. 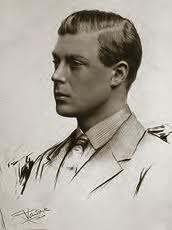 As the eyes of the world start to turn towards London and the Royal Wedding next week, let us remember back when another royal prince captured the public's imagination. In the early 1930s in England, one of the most popular songs was entitled "I Danced with A Man Who Danced with a Girl Who Danced with the Prince of Wales".
If you're curious about the melody, this song was used as the opening credits for a wonderful TV series back in the late 1970s.
Posted by Elspeth Futcher at 6:00 AM