It's 1935. England. You've been invited to a formal dinner party in one of the great English houses. 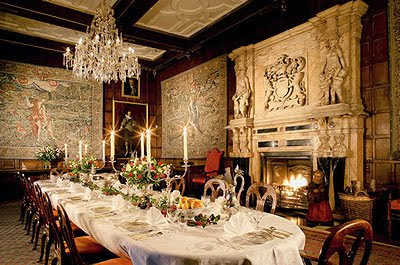 Here's what's at your place setting - although the napkin would NEVER be in a napkin ring. Far too middle class. 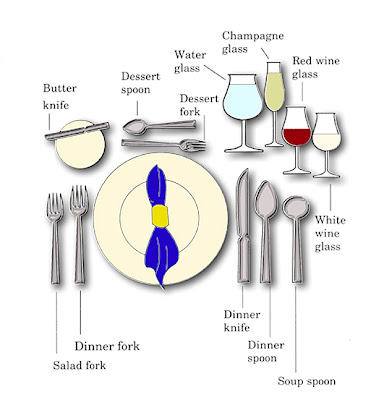 In 1935, the white mess jacket was the newest fashion for men to wear at formal dinners. Who set the fashion? The Prince of Wales. (later Edward VIII, later Duke of Windsor)

But, of course, you could get by with traditional dinner jacket.

Women's fashion is long and slinky. Think of the finest silks and satin, cut on the bias. Diamonds, optional - but certainly encouraged. 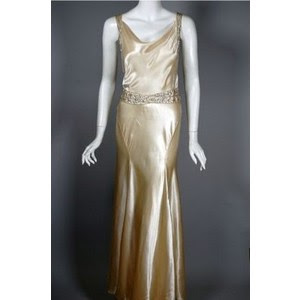 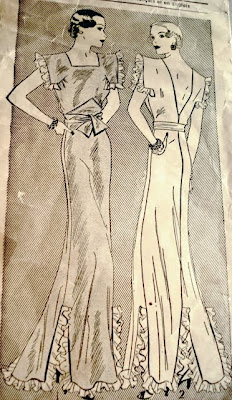 The host and hostess will be placed at each end of the table and the highest ranking gentleman will be placed on the hostess's left. Highest ranking lady on the host's right. No spouses are ever placed next to each other.
You'll be eating at least six courses - starting off with something light, like melon - moving to the fish course, to the soup course, to the entree, to the salad, to the dessert to the savoury. After dinner the ladies will retire to the main sitting room for coffee while the gentlemen gather around the table for port and cigars.
One of these dinners is in my WiP. Fun to write - but it would have been even more fun to experience!
Posted by Elspeth Futcher at 10:16 AM