Pictures, and A Few Words

I confess. Until a few years ago, I was woefully ignorant about the Channel Islands - so ignorant, in fact, that I had mentally placed them in the wrong part of the English Channel. My thinking was since they're known as the Channel Islands, they must be in the English Channel. I was sure, if I looked on a map, I would find them skulking around the Isle of Wight.
Wrong.
This little group of islands are actually, just off the coast of France. There are five inhabited islands and four uninhabited tiny islets. The largest island, Guernsey, is the location of my second novel, tentatively entitled ROSEMARY FOR REMEMBRANCE, taking place during the early months of the German Occupation in 1940.
Here is its location on a map. 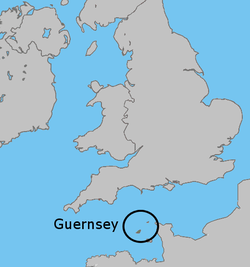 The Channel Islands came to Britain as part of William the Conqueror's legacy. Besides being William the Conqueror, he was also William, Duke of Normandy, and as such the islands were part of his territory. They have always enjoyed a rather odd relationship with Great Britain - they're part of Great Britain in a way - but not in others. For instance, Guernsey has its own currency and stamps, and although you can use British pounds in transactions on Guernsey, Guernsey pounds cannot be used in Britain. Another instance - all the Channel Islands are tax-free. However, if you're thinking of moving there - think again. It's incredibly tricky. These islanders aren't fond of outsiders and a non-Islander has to swim through red tape to set up residence.
Here are a few views of Guernsey.
Yes, there are palm trees. 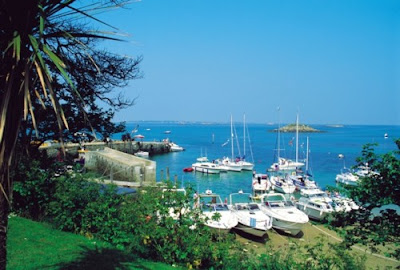 The island is encircled with beaches, cliffs and caves. 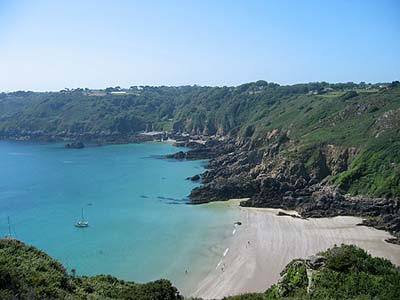 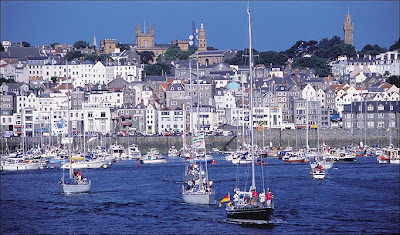 Boats are for pleasure - and for work. That's Jethou (one of the islets) in the distance. 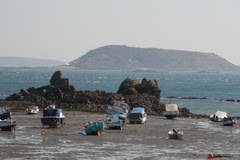 See you tomorrow.
P.S. Thanks to you who stopped by yesterday and left 'get well wishes'. I'm on the mend.
Posted by Elspeth Futcher at 9:55 AM